Posted at 11:08h in Uncategorized by John Hayt
0 Likes 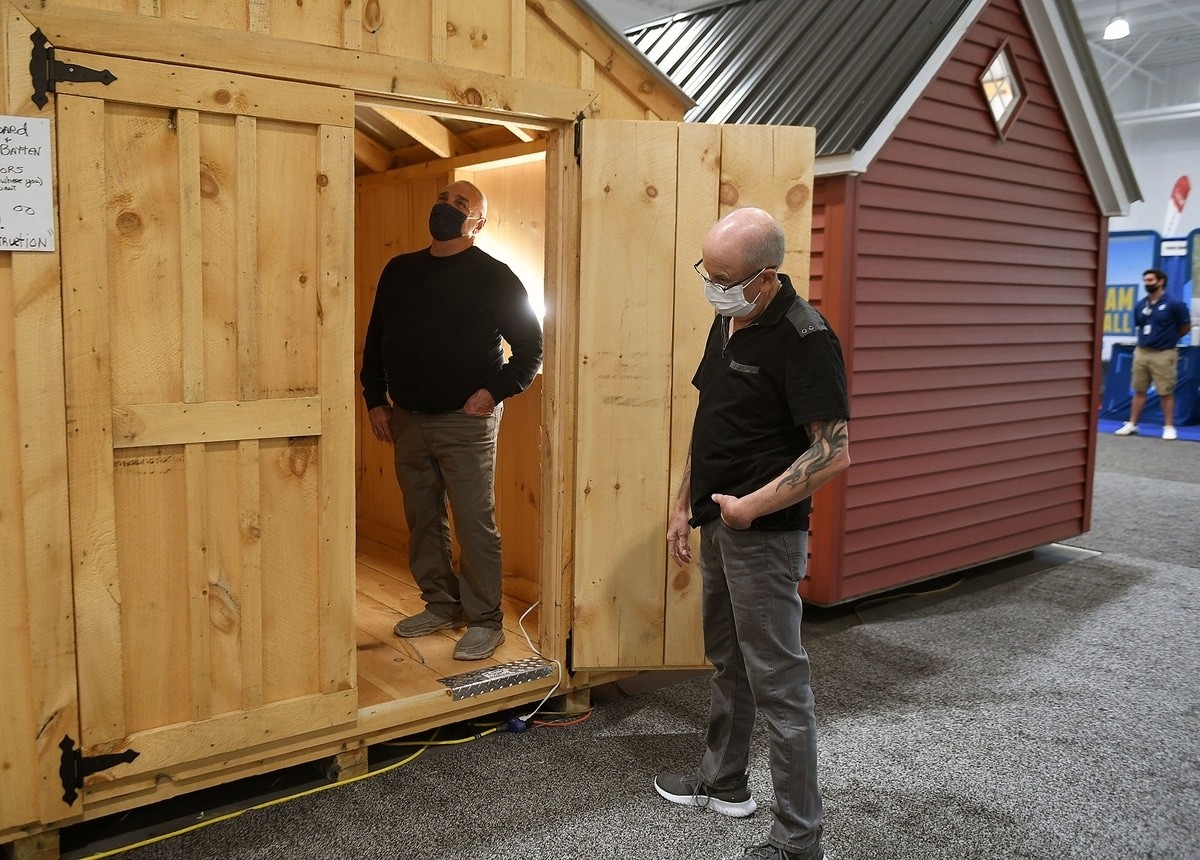 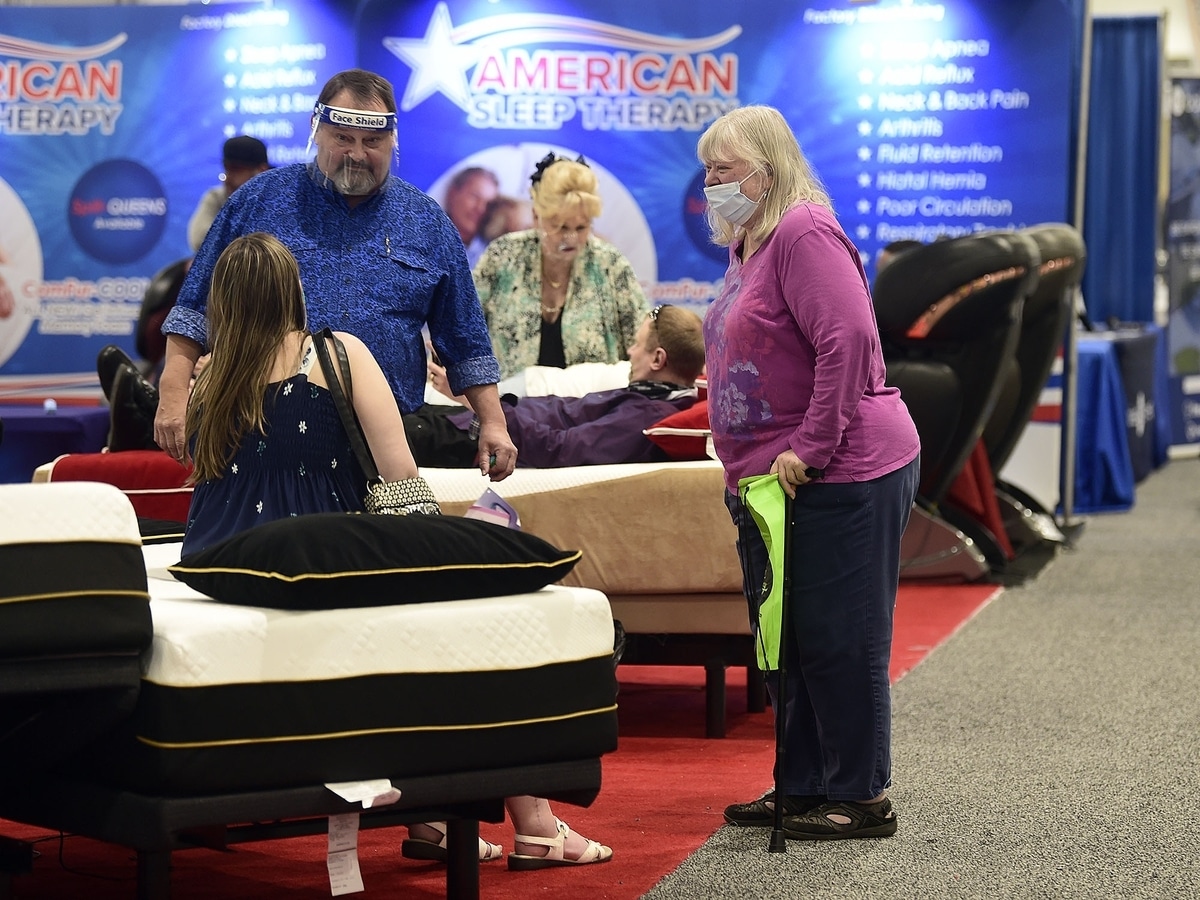 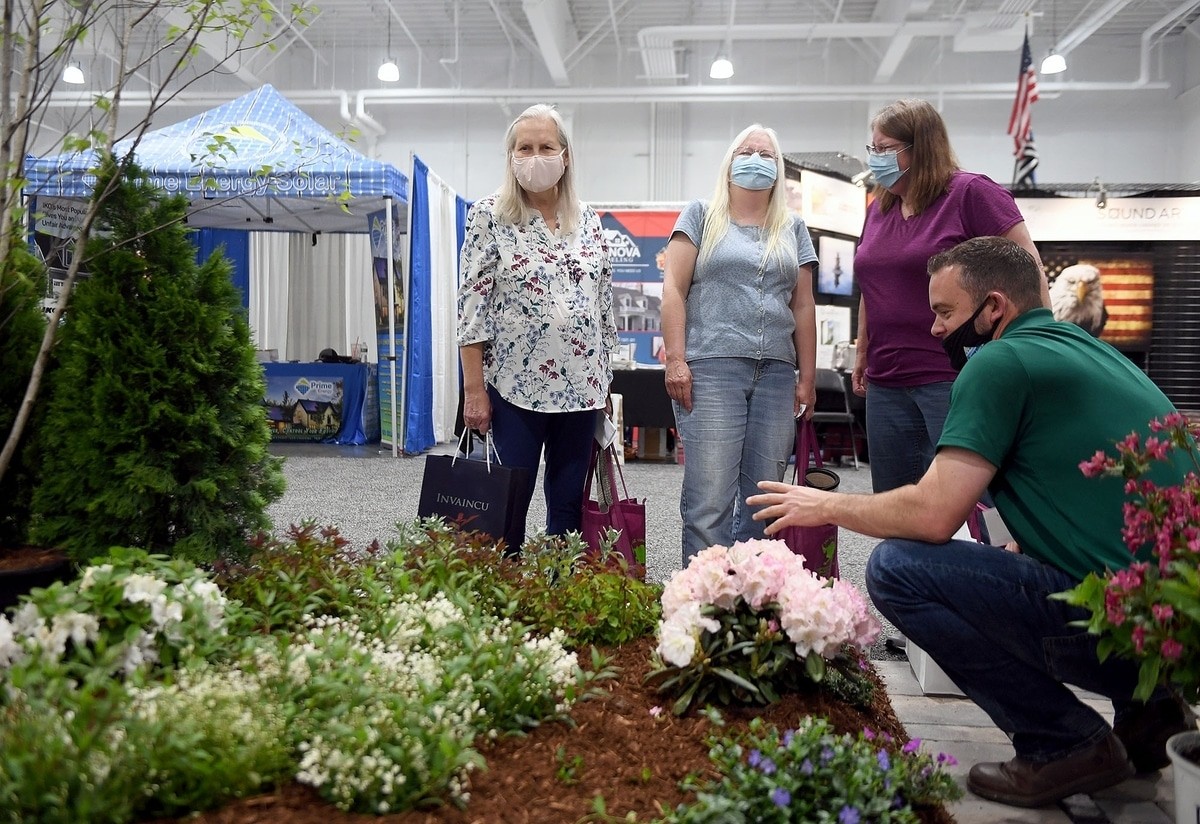 Mohegan — The Southeastern Connecticut Home and Garden Show held at Mohegan Sun this weekend saw a much smaller crowd than in years past — about half the size of last year’s turnout.

But vendors at the event said that business has never been better.

About 7,000 people attended the show, which was held Friday, Saturday and Sunday at the casino’s at Earth Expo & Convention Center.

Dennis Jenks, who runs the show and owns Jenks Productions, said Sunday that he thinks a lot of people — attendees and vendors alike — didn’t show because of the later date this year. Typically, the show takes place in February well before the busy spring season, but the COVID-19 pandemic delayed plans this year.

“The challenge this year was to put a show together when everybody has been shut down for almost a year,” said Jenks. “We work with a lot of home improvement contractors and garden centers who are extremely busy right now and may not need to go to a show.”

Brandon and Harlon Hyde, owners of Hyde Park Landscaping Inc. in Norwich, said that after a challenging year of shutdowns for small business owners nationwide, they’re grateful that their business has never been busier.

The father and son duo were set up front and center at the expo, displaying a stone patio under a wooden terrace, surrounded by shrubbery and flowers. The pair have been coming to the expo for about 10 years to promote their company, which Harlan Hyde started in 1980. Hyde Park landscaping provides landscape design services and installations, lawn care and weekly maintenance for more than 250 properties.

“We don’t need work right now, we’re booked up until the fall,” said Brandon Hyde. “But we’ve been proud to have this front and center spot and wanted to keep our branding going and support the show so it can continue. So we figured, why not book until we can’t book anymore?”

The Hydes said they think the COVID-19 pandemic has contributed to a steady rise in home improvement and landscaping projects. They said that many business owners they know are also seeing a boom.

“Everybody has been spending so much time in their home and their backyard, they’re recognizing the value of spending that time in their own backyards now that they aren’t going on vacations,” said Brandon Hyde. “They’re taking those dollars that they would’ve spent on a cruise and investing into their own property.”

Though demand is high for landscaping services, the available supply of workers and materials is low, they said.

During a year when a record number of people have been out of work and received unemployment benefits, Brandon Hyde said it has been hard for him and fellow business owners to find people available to do the labor they need to run their business.

Ideally, their landscaping company operates with about 24 laborers, but right now they’re working with fewer than 20 and struggling to find more people looking for work.

They’re also having a hard time finding plants, shrubs and flowers they need.

“We can’t find nursery products,” said Harlan Hyde. “Maybe because people are staying home more and doing a lot more to their own yards, but we go to nurseries to get what we need for a landscape job and can only get 20 to 30% of what we need.”

They’ve pivoted their practice to start stocking up ahead of time, they said, buying what they need from nurseries weeks in advance.

Conner Lawless, who works for Power Home Remodeling, which provides roofing, siding, windows, doors, insulation and solar power across the state, said the company has been thriving this spring.

After shutting down completely for three months in 2020 due to COVID-19, “we came back and we’re doing better than ever.”

The company has seen a spike in business, which Lawless said is likely due to more people working from home and investing in home improvement projects.

Wicked Tulips was selling bouquets of bright tulips that many shoppers carried around as they browsed the show. The farm’s bright red and yellow tulips, dubbed “flaming partos,” were a popular purchase.

Dolly Peress of Westerly came to the Home & Garden show after a long day of gardening with her husband. She said that although they were hoping to see more flowers for sale at the show, it was nice to get out of the house for an outing that was outside of their usual routine.

“We needed something to do today, we aren’t big casino people, but it was nice to get out of the house,” she said.

Mural artist Carolyn McNeil said she was also thrilled to be getting out more after being fully vaccinated.

McNeil, who typically paints murals inside homes, restaurants and apartment complexes, and offers face painting services at parties, was out of her usual creative work for a large part of the pandemic.

She was able to do some outdoor jobs and ended up finding work with the U.S. Census Bureau collecting census data as an alternative source of income during the pandemic.

She recently returned to some of her usual gigs, including teaching art classes at nursing homes and will soon complete two mural commissions that were postponed because of the pandemic. Surrounded by her murals and art on Sunday, she said she was happy to be back to work doing what she loves.

Face coverings are strongly recommended for fans who are not fully vaccinated, unless actively eating or drinking, per CDC guidelines.

Only the following bags are allowed:

Brides/Grooms to be can register to win the Grand Prize Wedding Package, which includes a honeymoon vacation courtesy of Calabash Resort & Spa, Tuxedo Package from the Men’s Wearhouse, $250 Gift Certificate courtesy of Blue Knot Creative Studios, and a One-Year Membership to LA Fitness. Some limitations/restrictions may apply.

You will also receive a $2.00 discount code (via email) on your ticket purchases.